Before the Civil Partnership Law of 2004 LGBTQ+ relationships were not legally recognised by the UK government.  This meant that people had less rights if their partner died, less access to some government services and most importantly were unable to legally register themselves as being in a relationship.

Between 2004 and 2014 LGBTQ+ couples could “get married”, but it wasn’t called “getting married”.  Couples could register their relationships and gain most of the benefits of being married in this country.  However, legally the relationship was not called “marriage”.

In 2014 the law finally changed to allow LGBTQ+ relationships to be recognised through marriage.  There was a huge surge in weddings at this point, and some of the earliest weddings were even broadcast on TV. 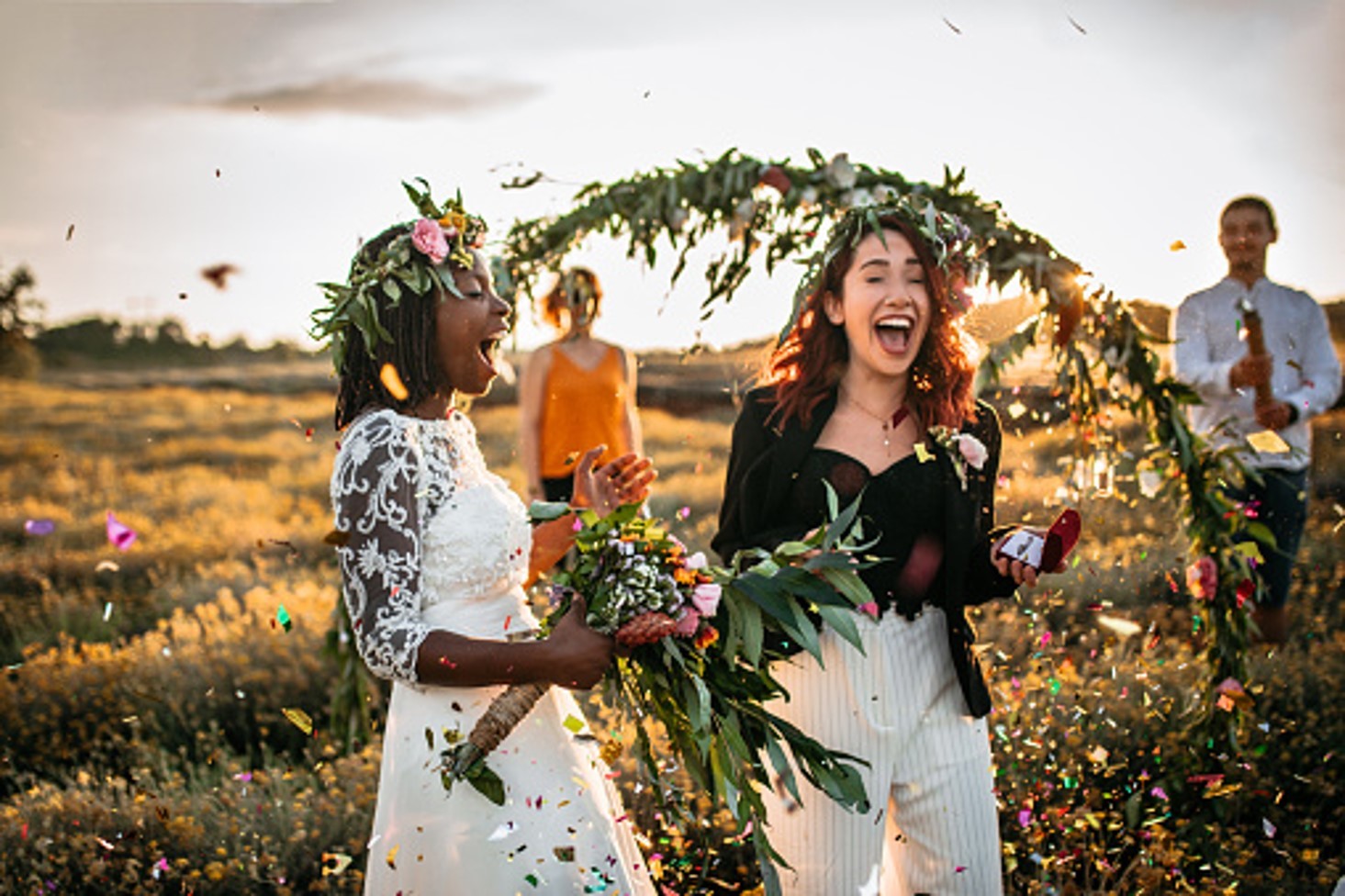 Find out more - Same sex marriage in the United Kingdom