Alan Turing the first gay man to appear on English currency and is featured on the £50 note.  He was an English mathematician and worked to break Nazi codes during World War Two.  The Nazis had a very complex communication code that changed daily.  Turning invented the first computer, which worked out how to break the code and contributed significantly to allied victory in World War Two. 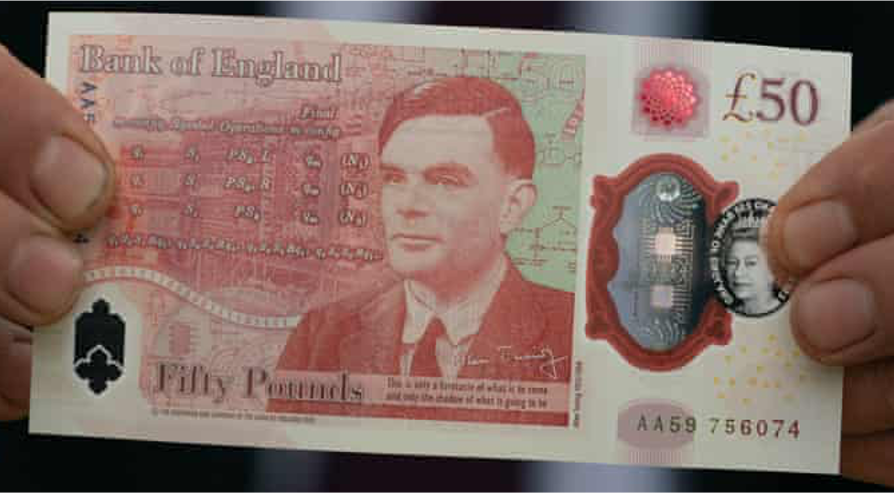 In 1952 Turing was arrested for being a gay man.  At the time it was illegal to be gay and he was given the option of prison or hormone treatment.  He chose to have hormone treatment where he had to take hormones in an attempt to change his sexuality (this was an incorrect scientific theory that existed at the time).  In 1954 he killed himself, using cyanide pills.  It took until 2017 for the government to introduce a new law, “The Turing Law” officially pardoned anyone who had ever been arrested using past homophobic laws.