Ira Aldridge was a Black American actor who moved to the UK due to discrimination faced by Black actors in the USA.  He made his career after 1824 on the London stage and performing in Shakespeare plays across Europe.  At this time it was rare for a Black man to reach such high levels of success in the theatre. 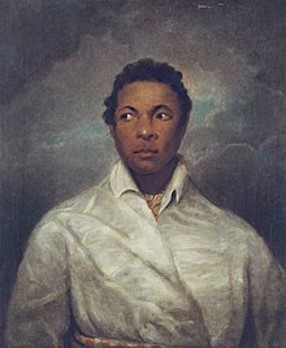 He is the only actor of Afro-American decent to be honoured with a plaque in Shakespeare’s birthplace, Stratford Upon Avon for his contributions to Shakespeare productions.  He also received honours from the Kings of Prussia (modern day Germany) and Russia for his performances.