Diane Abbot is a British politician who has been the MP (Member of Parliament) for Hackney North and Stoke Newington since 1987. She also served as Jeremy Corbyn’s Shadow Cabinet as Shadow Home Secretary from 2016 to 2020. She is the first black woman elected to Parliament, and the longest-serving black MP in the House of Commons. 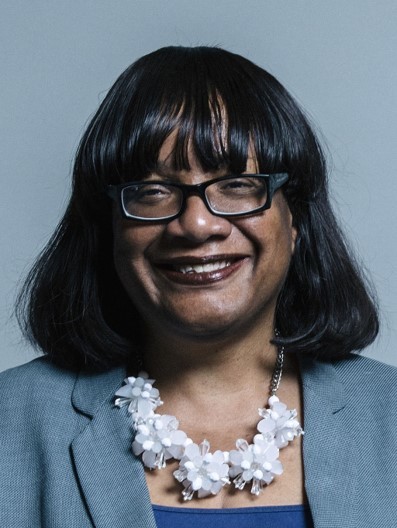 During the 1987 election she demanded that her designers put her face front and centre ‘so nobody could be in any doubt’. This was seen as a bold move as though Hackney was a safe Labour seat, politicians assumed that white voters would not vote for black people, especially not a black woman. So her win was seen as momentous, not only for Black people but for women.