Haile Selassie was the Emperor of Ethiopia from 1930 until 1974.  During his early reign Ethiopia was called Abyssinia and was one of the only parts of Africa that was not part of a European Empire. 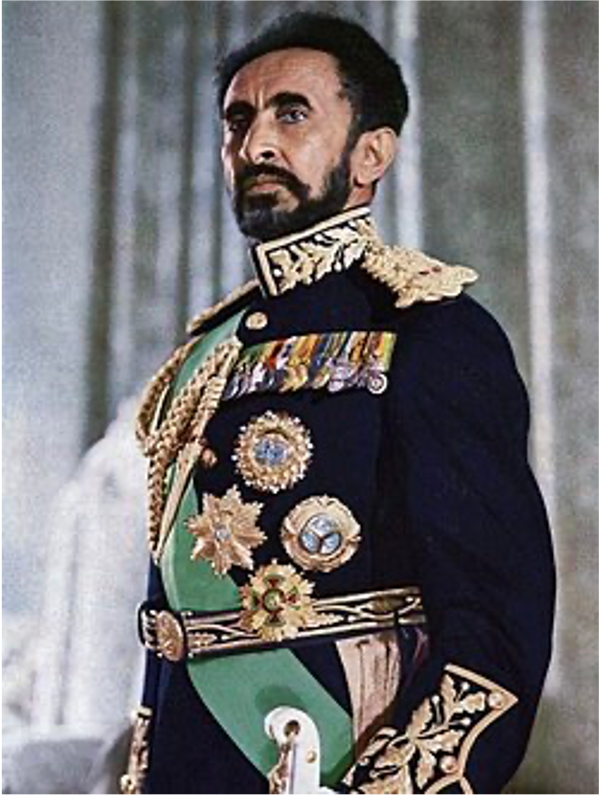 In 1935 Italy attempted to invade Abyssinia, and even though the International Community tried to prevent this, Britain and France creates a secret deal with Italy that they would do very little to prevent the invasion.  Haile Selassie did not remain silent, pointing out in speeches every time leaders of African decent had been betrayed by European powers.  This led to the survival of his country.

To many people within the Rastafarian faith Haile Selassie is seen as a God-like figure for his attempts to stand up for his nation against large European empires.  He has also been remembered as a national hero in Ethiopia.