The Gay Liberation Front was an organisation created in London between 1970 and 1973.  It joined a rapidly growing series of groups that internationally wanted to fight discrimination against LGBTQ+ people.  Members wanted to show people that LGBTQ+ deserved the same rights as everybody else.  The Gay Liberation Front went on to create London’s first Pride March in 1972.

Every year since 1972 London Pride takes place.  Pride marches take part in various cities, and in recent years even Forest Gate has had its own event – “Forest Gay-te”.  These events are an opportunity for the LGBTQ+ Communities to celebrate parts of LGBTQ+ culture, but also to protest against discrimination against them.  They have been successful in changing many laws and attitudes all over the world.

Find our more about the GLF and London Pride 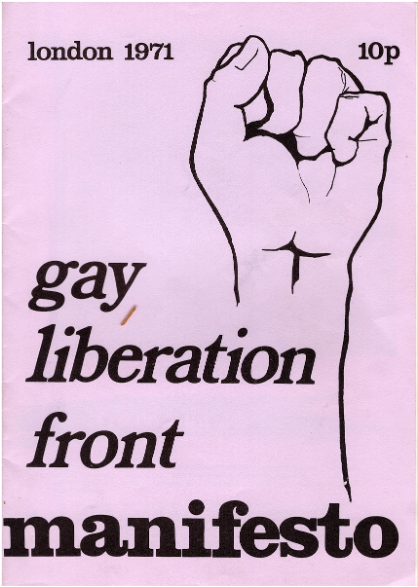