Until 2002 the law stated that unmarried or same-gender couples could not adopt children.

To many of us this simple change of the law sounds like it should have been easy to do, but at the time there was huge debate in the House of Commons and  House of Lords and some newspaper journalists tried to stir up hatred against the LGBTQ+ community.

Due to support of people from all communities, sexualities and genders the law was changed in 2002.  Now anyone, regardless of their marital status, sexuality or gender has a equal rights when attempting to adopt. 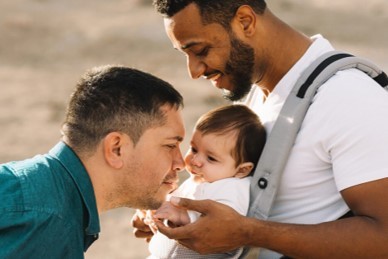